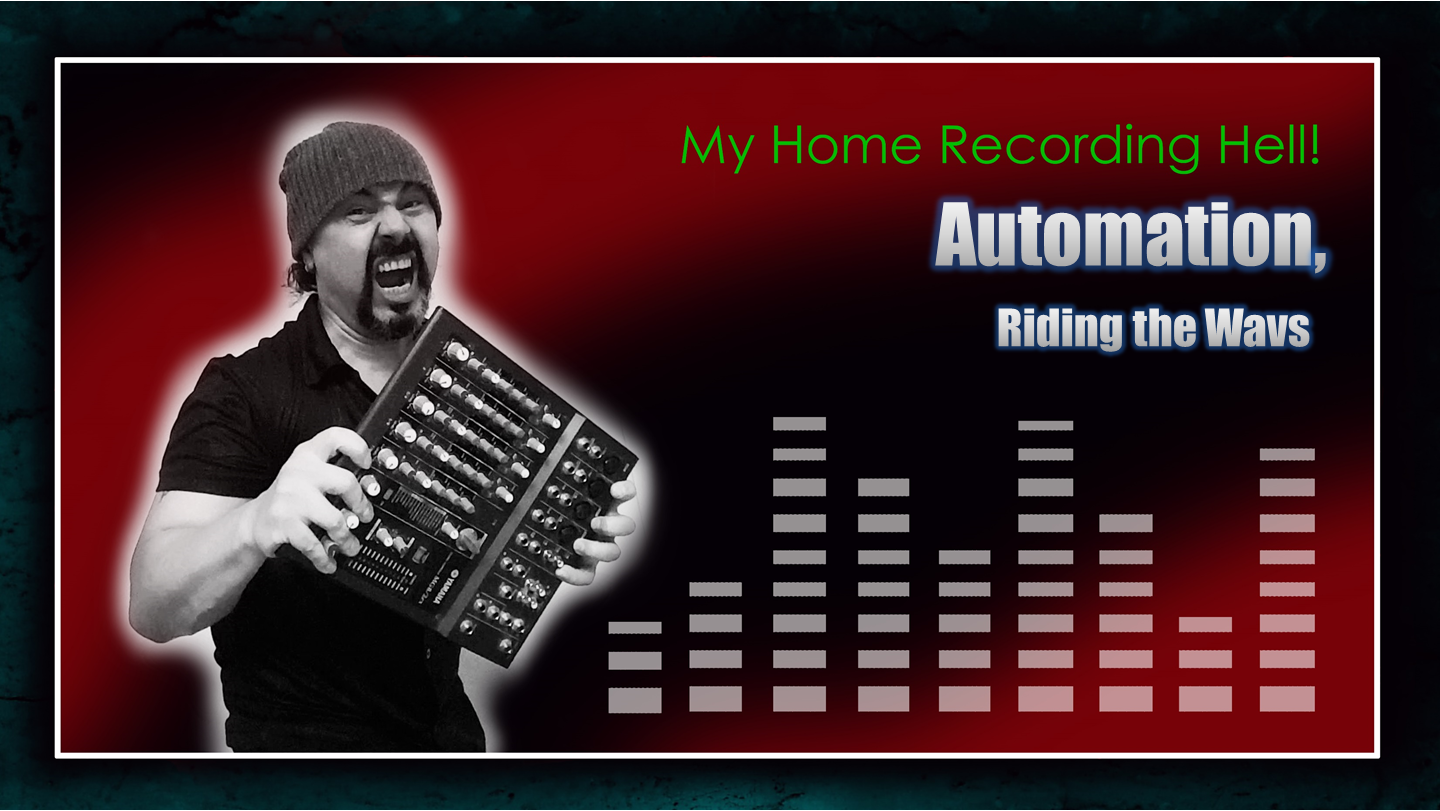 In the past, before the digital audio workstations existed, at least for me, I used to use a 4- track cassette recorder to create demos. It may not be a pleasant experience in today's standards but in those days, it was a "Thrill Ride". You had to be very creative to get the most out of those machines. Recording had to be correct, performance had to be correct, you couldn't fix much in the mix.

Let’s say, the act was captured well and the balance between your endless(!) choice of tracks could be perfect; that didn’t mean you weren't done yet. You had to do the final mix and give the master touch in other words transfer your song into an ordinary cassette, in actual time, moving the faders up and down. It was another performance all together and it didn't tolerate any lack of concentration. Well, in the end, you did what you could without ever getting quite what you had imagined when you started.

How would I describe automation?

Planning and programming when the faders will move and where in the song.

Working manually not only on master mix bus but on individual tracks, one by one beforehand.

Then in the end letting your DAW apply all your settings.

Because it is your personal touch where you can go into absolute details and accentuate the best parts of your performances. Sure, you could set the main faders in one stationary position, leaving the tracks as they are and you could trust your tools like EQ and Compressor to handle the rest, but unless you know a way to guide them throughout the song and tell them exactly what to do second by second, they will act in a standard way. They may give you a pleasant enough result but it's very likely that that wouldn't necessarily the one that you had in mind.

Well… if you mess with the original tracks more than you should, especially with the audio files, you might end up making the whole thing sound weird and artificial. So, one has to be subtle with the faders without jumping up and down too much and too fast, unless a particular part really, REALLY calls for it, of course.

At the end of the day, compared to the old ways that I mentioned above, automation is pretty easy to do these days. It just takes a bit of time, that's all. Give it to it, dammit!

Mix on, my friends.