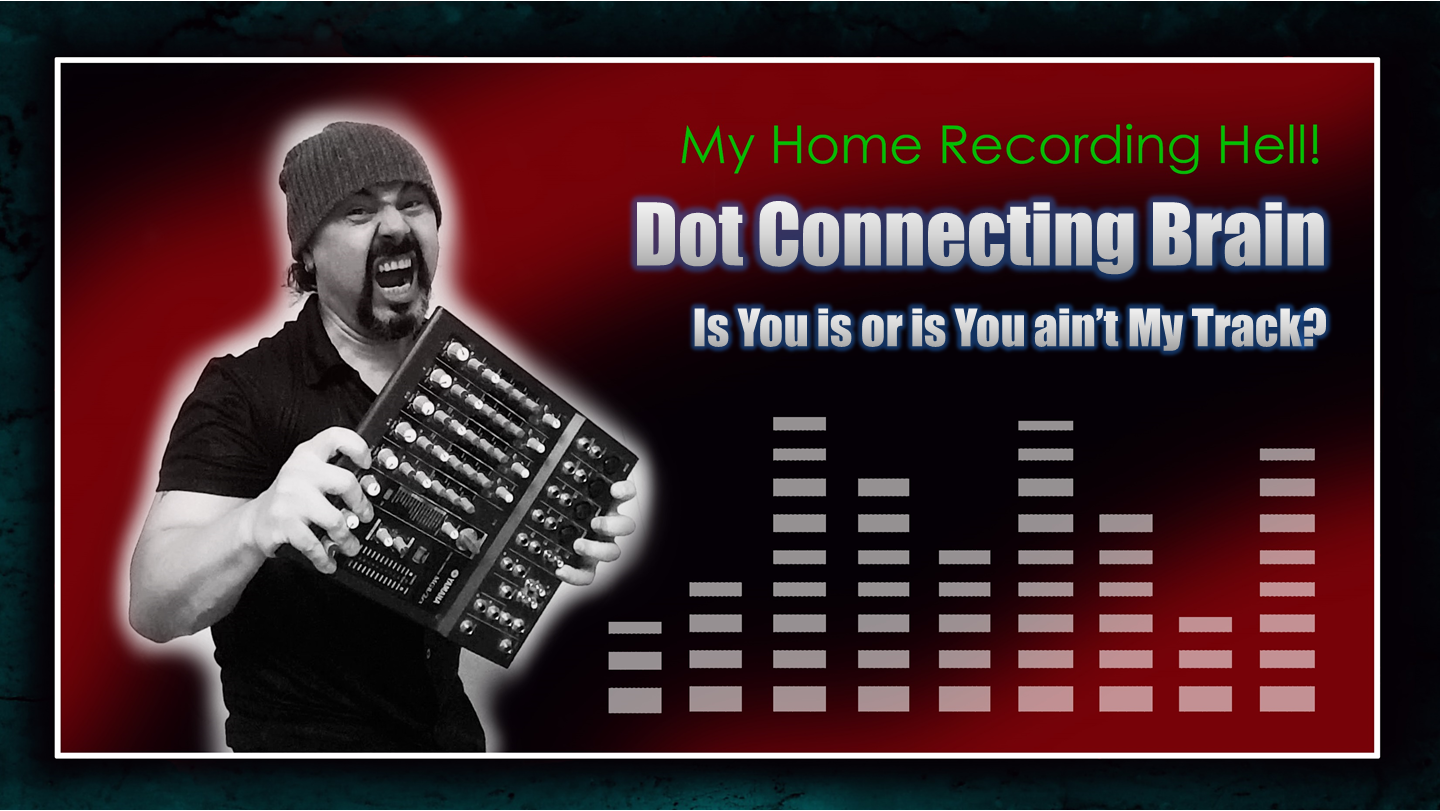 Has the following ever happened to you?

You're outdoors somewhere. In the distance, you hear a vague melody. It's one of your favorite songs on the radio. You start humming or nodding your head and friends around you look at you like you’re crazy. They don't seem to have a clue about what's going on. As it turns out, you're the only one who can hear or recognize the song. When they concentrate, they can hear the sound alright but they can't quite make out what song it is.

What's happening there is that your ear manages to catch some clues, little nuances from the song. You may not actually be hearing the whole song properly, just like your friends can't, but for some reason, probably because you're more familiar with it than they are, your brain connects the dots and make you feel like you're hearing the whole thing.

Another example would be this,

When I’m listening to some tunes on my phone in my kitchen during breakfast, acoustics in the room are terrible, the phone is on the counter, the signal is mono and affected by every possible object around. Add to that, the noise that the gluten-free crackers I am eating make in my head... But none of those seems to matter, somehow. I’m just enjoying the song. Because what I THINK I am hearing and what my ears are actually receiving are not the same thing, not by a long shot, UNLESS… I force myself to get out of that box and concentrate, that is. It's like imagining what your language would sound like to foreigners.

In my humble opinion, this should be any home recorder's concern, especially if you're the musician/songwriter. Because in that case, it's very likely that you've practiced your tune a hundred billion times, not to mention listening to it during your takes and mixing process. The chances are that your fabulous, overzealous brain cannot wait to jump in and connect those merry dots for you.

Take a lot of breaks during mixing. Don't wear your ears out and desensitize them to what's actually there.

Concentrate. Pretend that you're not "you" but a stranger who happens to be listening your song. Try hearing things like, "Is my guitar too loud or is the vocal too quiet?", "Is everything that should be in the focus at a given moment really clear enough?", "Is the reverb too heavy on that specific track, is it making everything sound way too mellow?", etc.

I know it is a bit hard to explain with just words and it is an issue that may differ depending on a person but it is something to consider nevertheless.