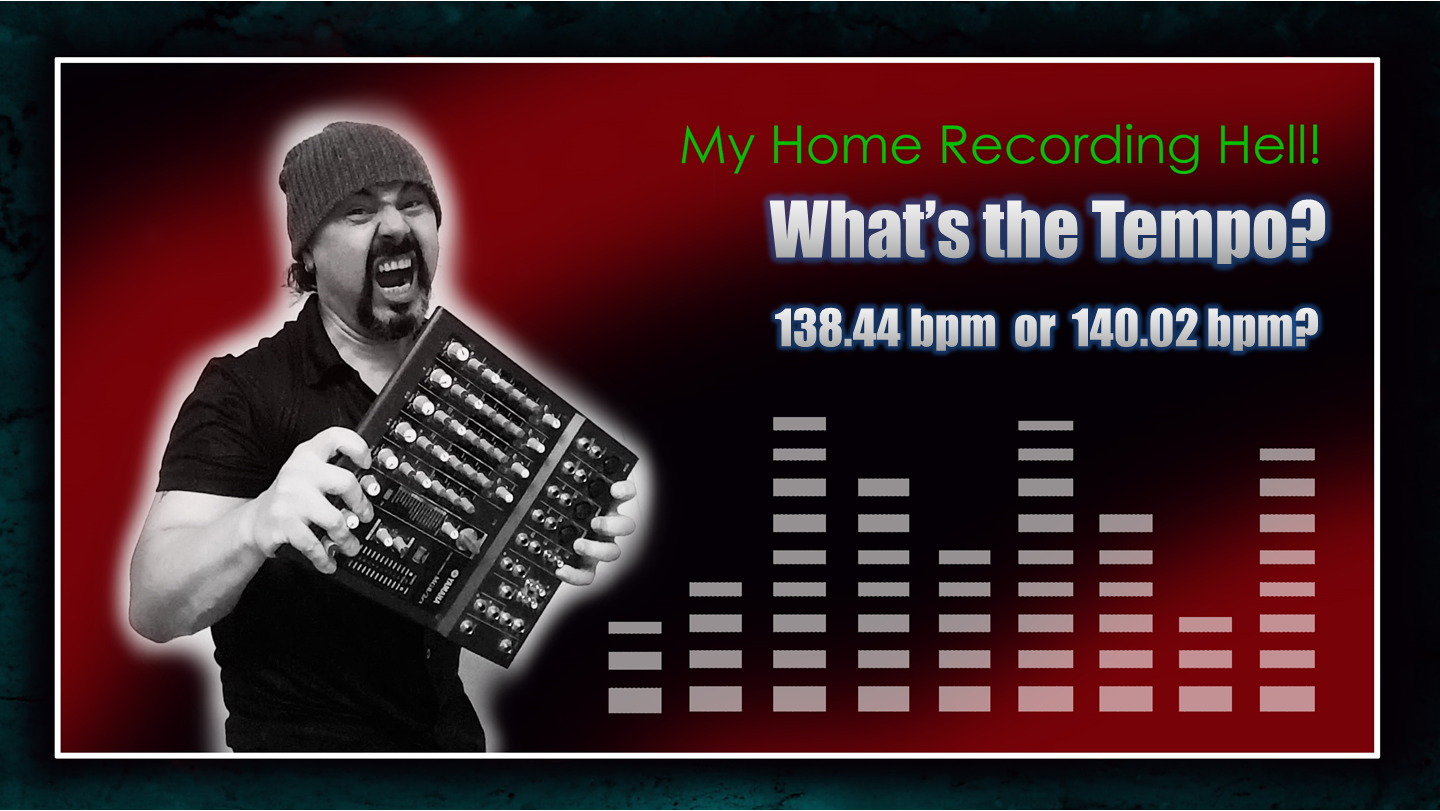 What is your tempo?
What is your PRECISE tempo for that particular song that you’re working on, right now?
Do you know? Do you really know?

When writing a song there is a comfortable speed for each individual musician. This is a generalization of course, but nevertheless, often times a musician tends to stick with similar tempos for certain types of songs. If he/she writes a rocking tune at, say, 140 bpm (beats per minute), the next similar song usually ends up in the same ball park.

When you’re talking about a song with vocal parts, even the slightest changes in tempo would affect the way the words are pronounced tremendously. A guitar player may survive the hardship with a bit of muscle support but a singer would not like to strain his/her voice unnecessarily, especially when he/she is the one who decides what words to use, how loud and how fast to get, etc. It would be a secondary aspect anyway, because a musician would be more likely to be paying attention to the feel of a particular song than anything else and would expect the right tempo to be one of the by products that come naturally.

Live performances would normally take care of the issue by themselves, especially if the band who is playing the tune is a tight one that has the right chemistry. Every musician in it would instinctively adjust his/her speed and phrasing according to the way the others jell into the groove.

Recording could be a whole other game, however. A metronome is a very useful tool when arranging and organizing a song, for adding and removing parts to it later on. But it also tends to bring in some stiffness. The song becomes too perfect, rhythm wise, unlike human beings trying their best to stay steady, a drum machine, or some sort of technological equivalent of it IS the "best" when it comes to steadiness. There are ways to get around that problem and it may take a lot of work but it’s definitely worth the effort in the end.

By the way, in my opinion nothing beats a tight band playing the core of a song from beginning till the end, but that's not my subject I want to talk about today.

So, what is it? The subject… the issue?

A recording enthusiast, like myself, tend to round the numbers up or down when it comes to tempo.
Say, the tempo that the band in the studio plays a particular song is 117 bpm. More often than not we tend to set our metronomes to 120 or 115 bpm; mostly for mathematical reasons by the way. Because it is easier to calculate delay times, attack times, reverb settings, etc.

It might not look like a big deal, and indeed, in many cases, musicians can handle these changes. But I feel like musicians shouldn't be “handling” challenges when recording, at least not the unnecessary ones. They should have all the comfort in the world, to flow easily and go for beyond what is expected; in other words, creating unpredictable magic. Especially when a band has been playing a tune for some time and their inner clock is already set, I don’t think it is a good idea to try fixing what’s not broken.

Having said that all, I am NOT saying that musicians shouldn't experiment with different tempos on a song, especially at the writing stage. Because, as a result, they might end up with a better, even more comfortable rhythm and groove feel, who knows.

One other issue is writing the parts of the song at different times; sometimes by different people with "different inner clocks", no less. This way, say, the verse and the chorus may sound perfect by themselves but when you combine them something would feel awkward.
This can be solved by:

- Finding a tempo in between

- Deciding which part is supposed to be superior to the other (usually that would be the chorus) and setting its tempo as the main tempo.

- Keeping the tempos of those parts different but adjusting it to the point that the awkwardness is gone.

- Last, and the least likely to happen, re-write it and replace the inferior part with a completely different one that flows with the tempo of the superior part.

At the end of the day, these are all nuances and they depend on the ears and individual taste of the music makers and recorders.