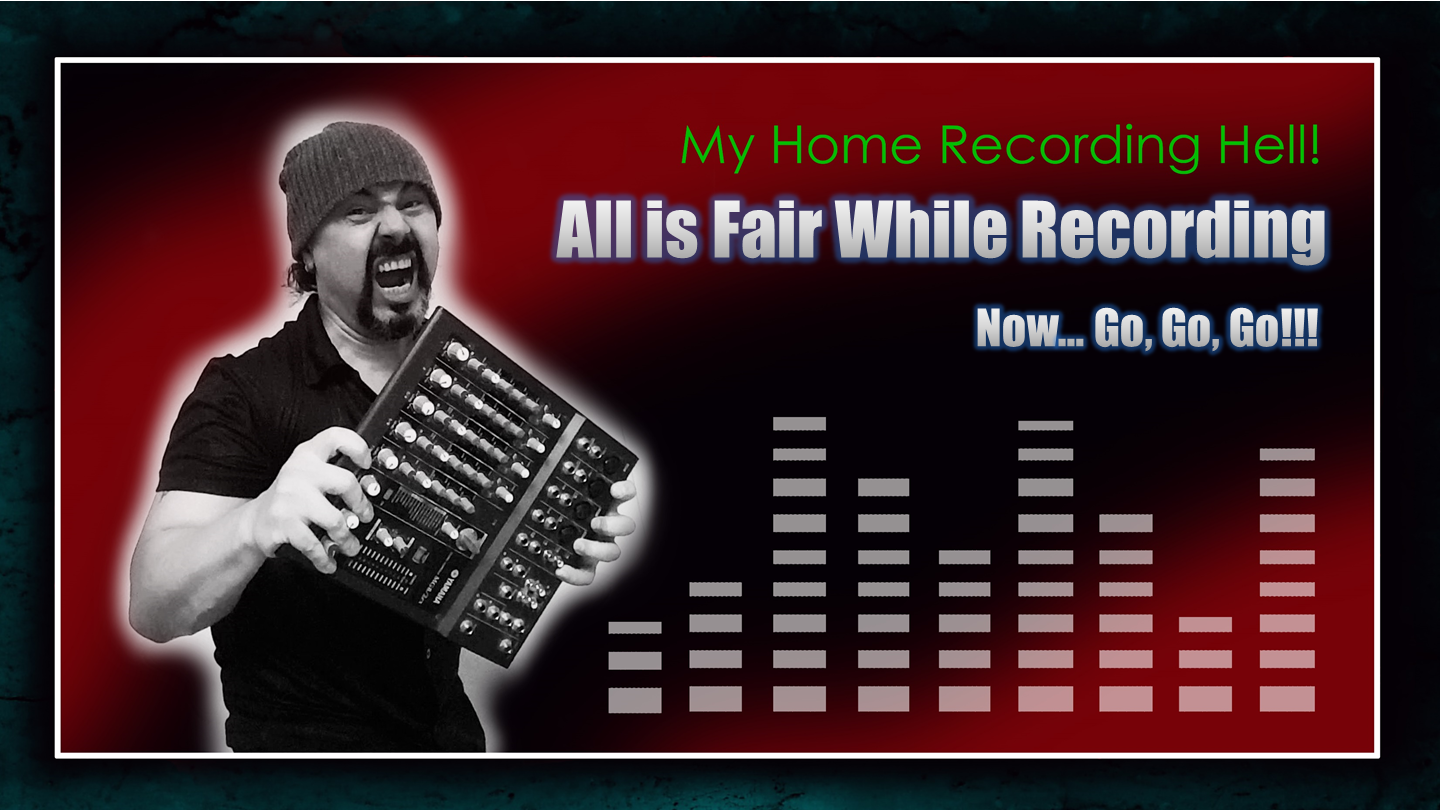 When you're watching a live music video of your favorite guitar player, have you ever noticed the that the way he/she plays, say, a particular solo is not quite the way you imagined it would go? Sometimes not even the tab books get it right, right?

Sure, the notes are the same but the positions, the string choices etc. make you go "huh"?

The reason for that difference is, 9 out of 10, is practicality. When you're playing live, you don't want to complicate things more than you should. Because there are already a million things that can go wrong which you may have to fix on the spot.

When you're recording, all is fair, because the way you put it down will be an entity of forever. That's when you want to put your best foot forward and use all the colors available to you to get the best result possible. As long as the flow and the groove are in tact, the listeners won't care whether or not you had used 10 guitar tracks, 20 different amps in 100 different takes. All is good when it sounds good.

I am definitely guilty of taking advantage of a studio situation anytime possible, especially when it comes to recording guitars. For example, when I play a part, I try to find the best strings and frets on my guitar that will make that particular melody ring better. This may mean starting with my left hand (fingering-hand) near the neck, playing Part A, but suddenly having to jump 5 - 10 steps towards the bridge to play the Part B on the same strings. The fact is, it IS indeed possible to play it that way; I mean technically it is doable. But this forced jump may break the continuity of my playing; depending on how demanding the notes of the melody at hand, of course. If I use the nearer frets and higher strings, now my flow will be unaffected but Part B will, very likely, sound too thin and it won’t be as pleasing to my ears as the earlier version was.

This is when I choose punching in and recording Part A and Part B in different takes, on frets and strings that make them sound best and combining them later. It takes a lot of study and practice to play those parts in places on the guitar that I am not used to but once they are down, I have the freedom to forget about them as a momentarily memorized phone number. If I have to play the same part live someday, I would probably choose the earlier version whereby it is easier to play all the parts back to back although the sound may not be as impressive as the recorded one. Besides, during a gig, one can always use variety of pedals like gains, harmonizers, choruses etc. in creative ways to make up for whatever that is lacking.

At the end of the day, these are just my choices and suggestions. But even a lot of big names who could possibly afford to hire a few more musicians to play all those overdubbed parts on their albums, choose simpler approaches in live situations instead. Because the rhythm and the flow are more important than a few weak notes here and there.

To wrap it up,

Be it recording or be it live, don't limit yourself in either situation. Just go for what the moment calls for and make the best of it.