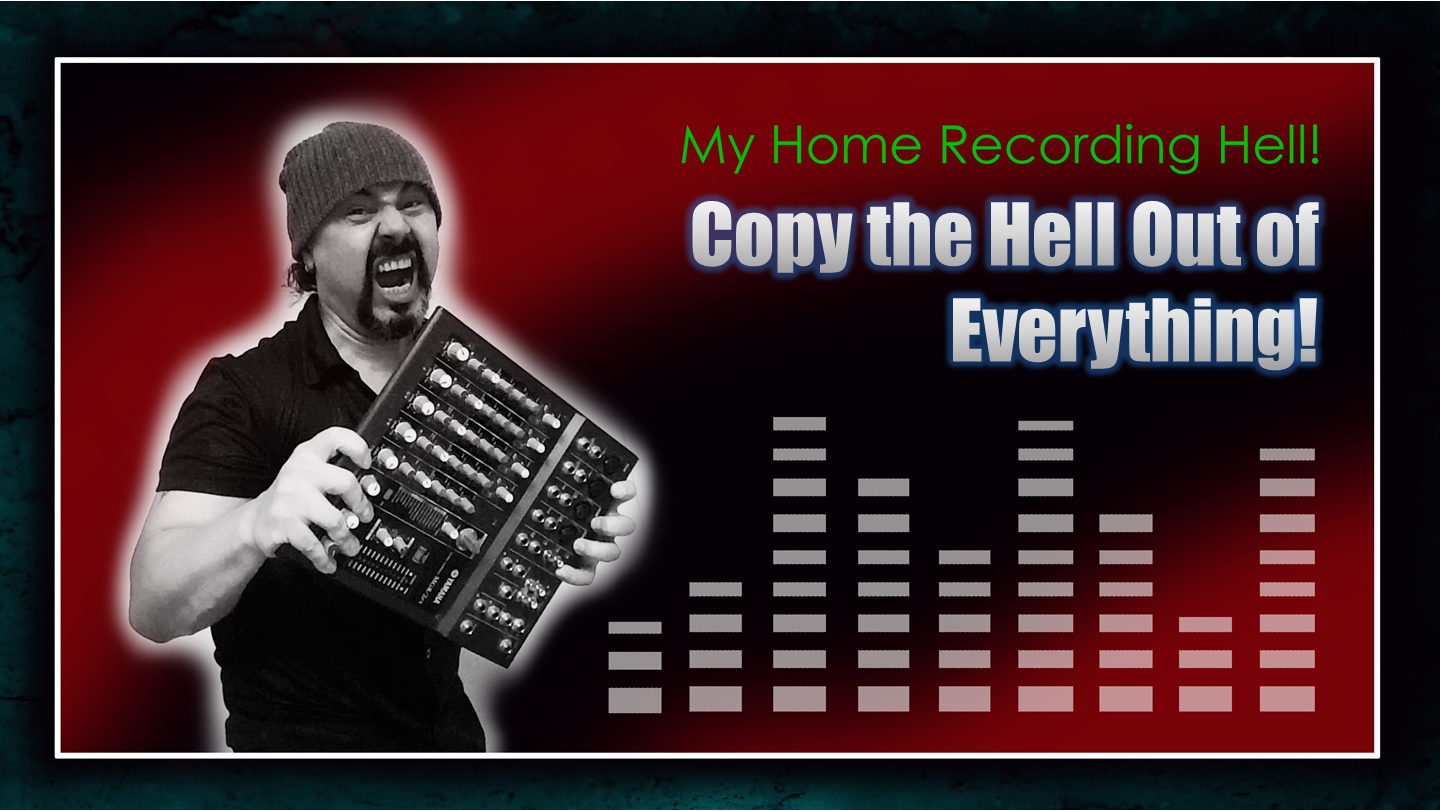 Make it a habit to create a copy of the file that you’re working on, even if it’s just a small wave file you’re trimming; actually, especially then. Because it’s like going down a rabbit hole. You start by thinking “I’m just going to roll off the hiss in the beginning and chop off a tiny, tiny transient in the end, why bother with a copy now?” right?

Before you know it, you’ve changed the file completely. Your ears are tired and your mind has begun to wander off a lot after the concentration torture that you put it through for at least an hour. “An hour? Wait a minute!” You check the clock. Oh no! You’ve been working on that “tiny” file for 5 hours. You haven’t even noticed.

At least the result, it sounds okay, right? But is it really?  Because now you don’t exactly remember what it sounded like in the beginning.  You don’t have anything to compare it with anymore. Not only that, you slowly realize, you were over zealous and you’ve messed up all the dynamics of the track. This wasn’t even what you sat down in front of your computer for in the first place. You were going to record some bass parts that you were very excited about and the mood was just right. But now you can’t just leave this part half finished which was probably quite alright to begin with anyway.

You’re getting more and more frustrated because you’ve lost the momentum for a difficult and important performance over an unimportant detail.

All this could be avoided if you simply had duplicated the track that you were going to “quickly” fix before you started with your bass lines.

This may sound too obvious and like too simple of an issue to worry about, but ask anyone who’s done some recording and mixing and you can bet that they wouldn’t be short of some studio horror stories.